Posts from the ‘Uncategorized’ Category

Never give up: An interview with Hari Tsoukas 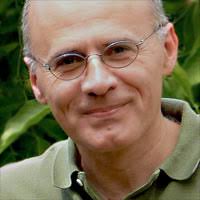 What can I say about Hari?  First off, I should say that I loved this interview. It’s so… well… Hari.  It comes at you from the side, a bit unexpectedly.  It is profoundly philosophical, but that is perhaps to be expected, given who we’re talking about.  It reminds us of why we do this.  It is grounded, and yet aspirational.  It is real, but perhaps also a bit unreal (Oh my! Look at this! Here I am unwittingly finding myself using Hari’s conjunctive theorizing to try and explain my sense of this interview and the man behind it!  How did he do that?!?).  This interview gives a fresh perspective, a new way to look and think about organizations. Perhaps it will inspire you to pull down one of those philosophy books sitting on your bookshelf… you know, the one you’ve been “meaning to read” since… forever.  Who knows? It may very well trigger that “ah-ha!” you’ve been so desperately waiting for, as you struggle yet again to try and figure out what your next “contribution” will be.

END_OF_DOCUMENT_TOKEN_TO_BE_REPLACED

Filling space in a beautiful Way: An interview with Ann Cunliffe 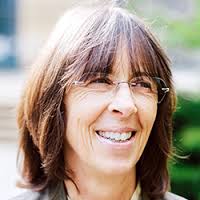 When Ann visited HEC and we sat down for this interview, I must admit that I was not very familiar with her writing.  I was however quite familiar with her writing style.  Indeed, while I had read only one of her papers – Managers as Practical Authors – which had been required reading in one of my PhD courses, talk among PhD students and others about her unconventional writing style was frequent.  Such discussions tended to follow a familiar arc.  They would often start with someone asking, “How did Karl Weick ever get away with publishing his Mann Gulch paper in ASQ?”  To which someone else might answer, “Well you know (emphasis on “you know”), it’s Karl Weick,” this said with a tone of deference only academic groupies in social psychology or organization theory might get, and with the implication that the rest of us ordinary scholars were stuck with the IMRAD template.  Then someone would say, “Well, Ann Cunliffe has also managed to publish unconventional stuff in pretty good journals” which gave some of us hope that we were not doomed to reproduce the excruciatingly dry writing we struggled so hard to read as newbies to the field, at least not forever or all of the time. Funny how we forget.  Occasionally, a student will comment on how tiresome they find reading in-text citations – I used to think that as well, until I got used to them. The quest for efficiency in scientific production has brought us to this – straightjacket formats, limited pages, lots and lots of tables.  These are practical, no doubt, but oh-so-boring to read (no wonder speed reading has become such a useful academic skill). The idea of an academic article that is savoured, that is so engaging to read you cannot put it down until you are done is nonsensical almost, a joke.  But why is this so?  Why is it that good science cannot go hand-in-hand with writing that is engaging and fun to read?  In this light, it is rather refreshing to talk to someone who, for her entire career, has deliberately pursued a different path and who, despite the risks, succeeded at making a name for herself. It gives hope and inspiration to the rest of us.

END_OF_DOCUMENT_TOKEN_TO_BE_REPLACED

Find your question: An interview with Mike Pratt 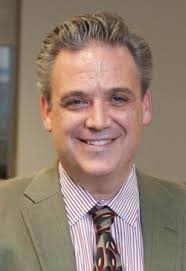 I first asked Mike whether he’d be open to doing an interview for the blog almost two years ago.  It was hard to nail a time, but we finally managed it when I found out, quite by coincidence, that we would both be in London (UK) at the same time (for totally different reasons!).  Mike was a bit jet-lagged, as he’d landed at Heathrow that very morning, but you can’t tell that from the transcript. Mike’s a practical guy, and this comes through quite clearly in the interview.  How to write with others, how to manage your pipeline, how to approach the review process – no nonsense, practical stuff. No wonder he’s as productive as he is!  I need to change my ways… perhaps I’ll start by installing a whiteboard in my office.

END_OF_DOCUMENT_TOKEN_TO_BE_REPLACED

Shop your ideas early: An interview with Roy Suddaby 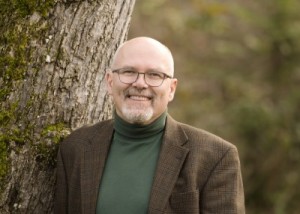 I had heard a lot about Roy prior to interviewing him, but had never had the chance to meet him (at least not properly) prior to our interview. I was quite keen to do so though as in 2014, at an Academy PDW (Professional Development Workshop) on writing for the Academy of Management Review (at which Roy was editor for several years) Roy mentioned something rather unusual for an academic: he suggested that academics could improve their writing by taking inspiration from other genres. And the genre that he thought was potentially the most generative was… screenwriting! (And here I was thinking, really?? how far away from academic writing can you get?). He suggested that we all read a classic in this genre, namely Syd Field’s book “Screenplay: The Foundations of Screenwriting,” first published in 1979.  Needless to say, I wanted to find out more about what he meant by this, and so was thrilled when I learned that he would be giving a talk at HEC.  Here was my chance! Sadly though (and not entirely surprisingly – any interviewer will tell you that this has happened to them before), we got to talking about so many interesting things, including researcher identity and John Steinbeck as a source of inspiration, that I totally forgot to bring it up! Such it is… perhaps another time!

END_OF_DOCUMENT_TOKEN_TO_BE_REPLACED

Take ownership of your ideas: An interview with Tim Pollock 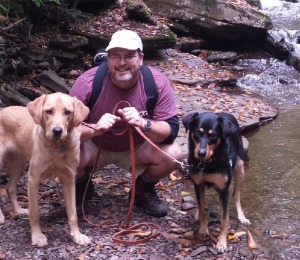 Last year, Otilia Obodaru and Erik Dane from Rice University contacted me to ask whether I’d be willing to present at a PDW (Professional Development Workshop) they were organizing for AOM (Academy of Management Annual Conference) on the topic of “What constitutes high-quality writing in our field?” Otilia had read our blog, and thought it would be great if I could talk about it at the PDW. I was so excited that someone from outside our network had actually read our blog that I didn’t think to ask who the other speakers were going to be and I immediately said yes. Oh no! It turned out that they had rounded up a pretty impressive panel of people who were or had been associate editors in top journals, and who all had first-hand and extensive (rather than second-hand and fleeting, like me!) experience on the topic at hand. So here I was presenting side by side with the likes of Belle Rose Ragins, Joyce Bono, Kevin Corley and Tim Pollock. The word “intimidating” seems understated under such circumstances. It turns out that everyone was more than gracious. Kevin, of course, I knew (you can read his interview on this blog) and Tim turned out to be this super friendly guy with whom I was able to chat a bit longer after the workshop. He loved the premise of the blog, which prompted me to ask (it’s practically automatic now!), “So, would you like to be interviewed for it?” And so here you have it. This is one of two interviews I’ve done with primarily quantitative researchers (the other is Danny Miller). Differences anyone? Do you see any?